Fans of the Stranger Things Netflix series will be able to explore Stranger Things: The Experience in New York and San Francisco beginning April 2022. Netflix has teamed up with experiences creator Fever to allow guests to star in their own Stranger Things adventure. 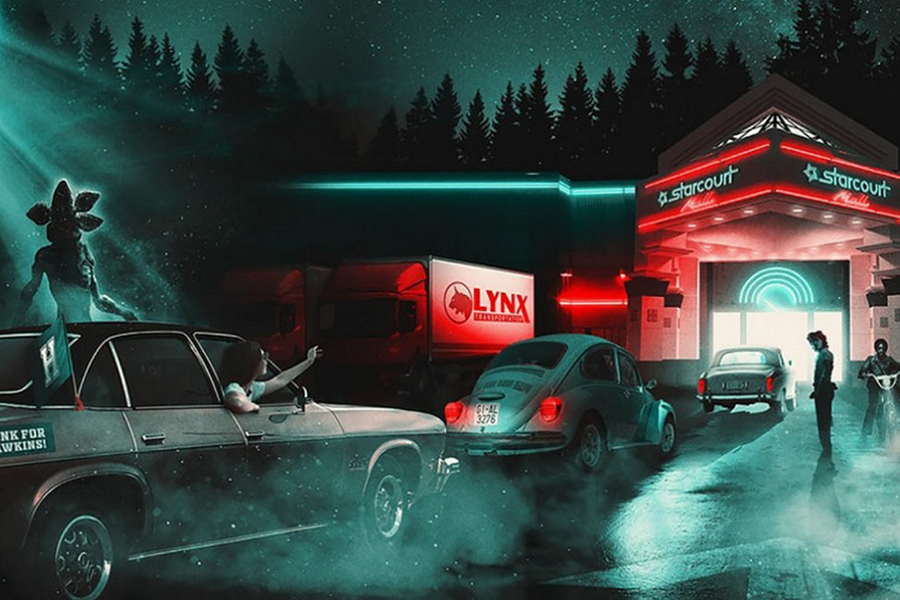 For Stranger Things: The Experience, the show’s creators have developed an original storyline for guests to unravel. Guests will find themselves in a parallel universe where they will have to unlock their own powers to escape while avoiding the dark terrors lurking everywhere. Watch out for the Demogorgons!

After the adventure is over, guests will have the opportunity to explore locations from the series and even grab a treat from Scoops Ahoy. They can also interact with the Stranger Things performers.

“We know our Stranger Things fans will embrace the chance to be the heroes of the story, working alongside Eleven, Mike, and the rest of the gang to escape the evil threatening to consume Hawkins,” says Greg Lombardo, Head of Experiences at Netflix. “As Dustin would say, it’s time for a curiosity voyage – so bring your paddles to travel!”

The experience will include elaborate sets, interactive elements, visual effects, and immersive audio as guests face their fears to conquer the Upside Down or becoming its latest victim, courtesy of the Demogorgons. Photo op sets will also be available.

The show’s creators encourage fans to dress for the occasion (the 80s).

Tickets for Stranger Things: The Experience starts at $46 per person and goes on sale July 8, 2021. A higher-priced VIP ticket is also available that grants front-of-line access, a free drink, and a Stranger Things gift. Tickets will only be available online.

The experience takes over an hour to complete.

Further information on the limited ticket availability can be found at the Stranger Things: The Experience Website. In addition to San Francisco and New York, more cities will be added at a later date.

Stranger Things debuted on Netflix on July 15, 2016, and was an instant hit for the streaming service. The series follows a group of kids who seek to unravel strange mysteries that start after one of their friends goes missing. Their discovery of a parallel Upside Down universe sets a series of supernatural events in motion that could destroy everything they love.

Stranger Things will be airing season 4 (see the last video in Explore More below) of the series later this year or early next year.