Behind the Attraction to Fill Void Left by The Imagineering Story

Disney+ is set to launch a new 10-part series, Behind the Attraction, that will pull back the curtains to unveil secrets to some of the biggest attractions at Disney. Which ones?

Surprisingly missing from the 10 episode series is Pirates of the Caribbean.

Behind the Attraction will use never-before-seen footage, photographs, and rare interviews, including with Walt Disney, to tell the story of how each attraction came to life. Other people interviewed for the series include current and legendary Walt Disney Imagineering magic-makers like Bob Weis, Jeanette Lomboy, Kim Irvine, Scott Trowbridge, Tom Fitzgerald, Scot Drake, Carmen Smith, and Joe Rohde. The series is narrated by Paget Brewster.

Behind the Attraction will also go behind the thinking of why and how attractions were updated and refined with new ideas and technology. Some episodes will deal with more than one attraction. For example, the episode on Star Tours will also look at other Star Wars attractions.

For many theme park enthusiasts, Behind the Attraction will fill a void left when The Imagineering Story, imagined as a one-time series to help launch Disney+, ended. People were hoping for more of The Imagineering Story, which scored a 100% critic rating on Rotten Tomatoes and a 97% average audience score. Behind the Attraction will bring back some of that magic behind-the-scenes theme park fans have been missing.

Behind the Attraction Episode Descriptions

Here are the descriptions for each episode of Behind the Attraction:

Episode 1: Jungle Cruise
Join a skipper for the story behind Jungle Cruise, and try to spot the backside of water! When Walt decided to create the original immersive attraction, he tasked Imagineers with building a river in the Southern California desert AND the mechanical animals to populate it. Lead designer Harper Goff and horticulturist Bill Evans scrambled to get it all built in time for Disneyland® Park’s grand opening in 1955. Guests have been cruising its waters ever since. Dwayne Johnson also appears in this episode where he discusses his childhood memories of the attraction and his favorite joke from the skippers. 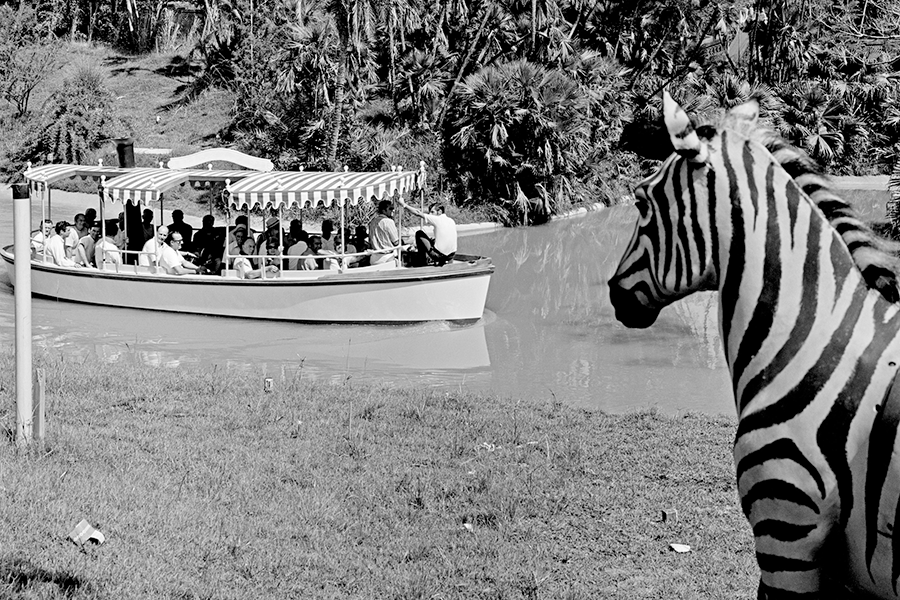 Episode 2: Haunted Mansion
Welcome, foolish mortals, to the Haunted Mansion — enter if you dare! When Walt Disney
developed the attraction, he didn’t specify if it should be funny or scary. Ultimately, it became a perfect blend of both. Haunted Mansion proved so popular that it inspired several later iterations, including the chilling Phantom Manor at Disneyland Paris and the weird and wonderful Mystic Manor at Hong Kong Disneyland. 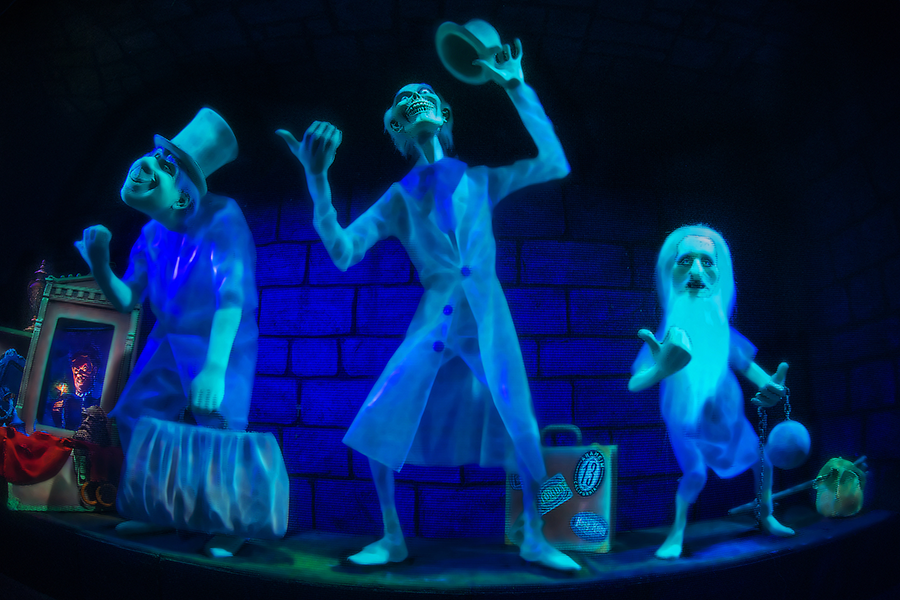 Episode 3: Star Tours
Lightspeed to Endor! A long time ago…Disney created Star Tours, a thrilling simulator attraction that takes guests to a galaxy far, far away. It inspired Imagineers to build a whole new land — Star Wars: Galaxy’s Edge. There, guests can use the Force to explore the remote outpost of Batuu and the cutting-edge attractions Millennium Falcon: Smugglers Run and Star Wars: Rise of the Resistance.

Episode 4: The Twilight Zone Tower of Terror
Discover the ups (and downs!) of creating this gravity-defying attraction set in the eerie world of Rod Serling’s renowned “Twilight Zone” television series. Then hold on tight as Imagineers reimagine the Disney California Adventure version as Guardians of the Galaxy – Mission: BREAKOUT! Learn what it took to build the attraction — and what it takes to ride it!

Episode 5: The Castles
Castles are at the heart of Disney Parks around the world. The original at Disneyland® Resort in California quickly became a symbol of The Walt Disney Company on par with Mickey Mouse. Hear the unique story behind each one and learn how Imagineers designed and built them. 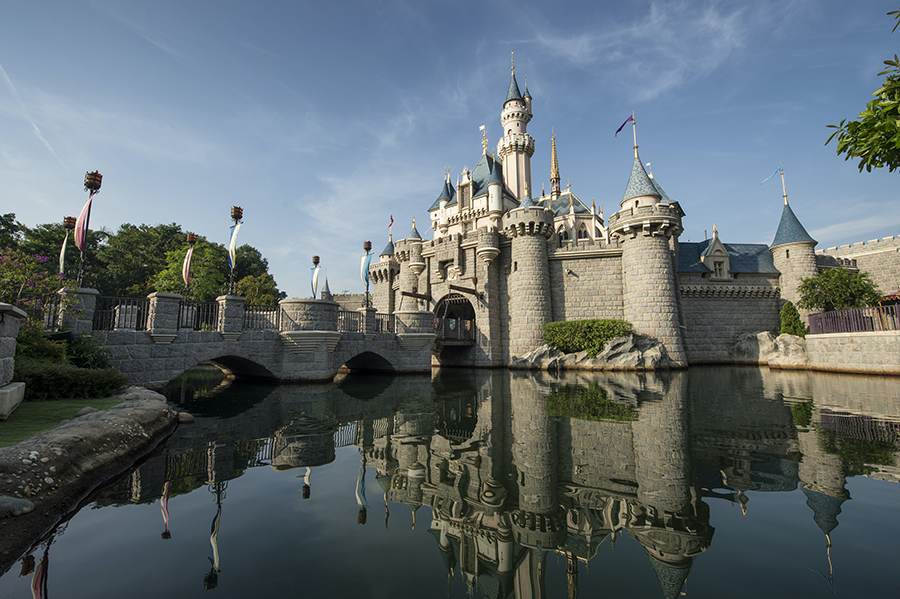 Episode 6: Disneyland Hotel
Disneyland® Resort with no hotel — what?! It almost happened. Check in to see how Walt got it built. Envisioned as an extension of the Park, funding for the hotel proved hard to come by, so Walt struck a deal with producer Jack Wrather. Jack would own the hotel, but Walt’s name would be on it. Together, they made it into an immersive experience, setting the stage for all Disney 3 hotels to come. After Jack’s death, The Walt Disney Company bought the Disneyland® Hotel. Today, Disney operates dozens of hotels worldwide.

Episode 8: it’s a small world
It all began at the 1964-1965 New York World’s Fair! If a chance encounter between an Academy Award®-winning actress and Walt Disney hadn’t taken place, this beloved attraction might never have been created. With its signature, unforgettable song, its flume boat ride design, and AudioAnimatronics® figures, it was a huge success. Versions were designed and built in Disney Parks around the planet, proving that it really is a small world, after all! 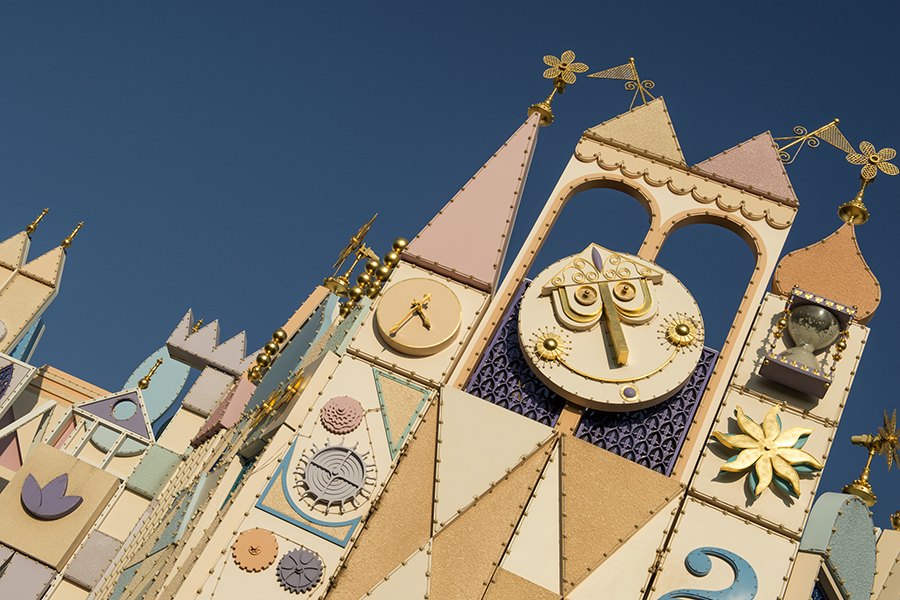 Episode 9: Trains, Trams, and Monorails
All aboard! Everything moves at Disney Parks, especially the guests — by land, water, and air! Walt loved locomotion of all kinds — trains, trams, monorails, and boats. They’re all fun, but Walt also believed the monorail could help cities end traffic. The vast transportation network at Walt Disney World Resort is a testament to that. Every Disney Park built since has continued this tradition, creating transportation systems to whisk guests efficiently to their destinations.

Behind the Attraction is directed by Brian Volk-Weiss (creator/producer of The Toys That Made Us and The Movies That Made Us) directs the series. The show executive produced by Dwayne Johnson, Dany Garcia, Hiram Garcia, Brian Gewirtz, and Kevin Hill, Brian Volk-Weiss, Robin Henry, and Cisco Henson.

It’s unknown if this is a one-time series like The Imagineering Story or if it is a recurring series.

Feature and all Disney images: (©Disney)