Walt Disney Imagineers completed a major refurbishment on Jungle Cruise, which reopened to guests today at Disneyland Park in Anaheim, California. Jungle Cruise is one of the original opening day attractions from Disneyland’s opening on July 17, 1955.

The ride underwent refurbishments to become more politically friendly with its depiction and diversity of characters. This opened up the opportunity to improve several other areas of the adventures as well.

Here are some of the updates to the new version of Jungle Cruise: 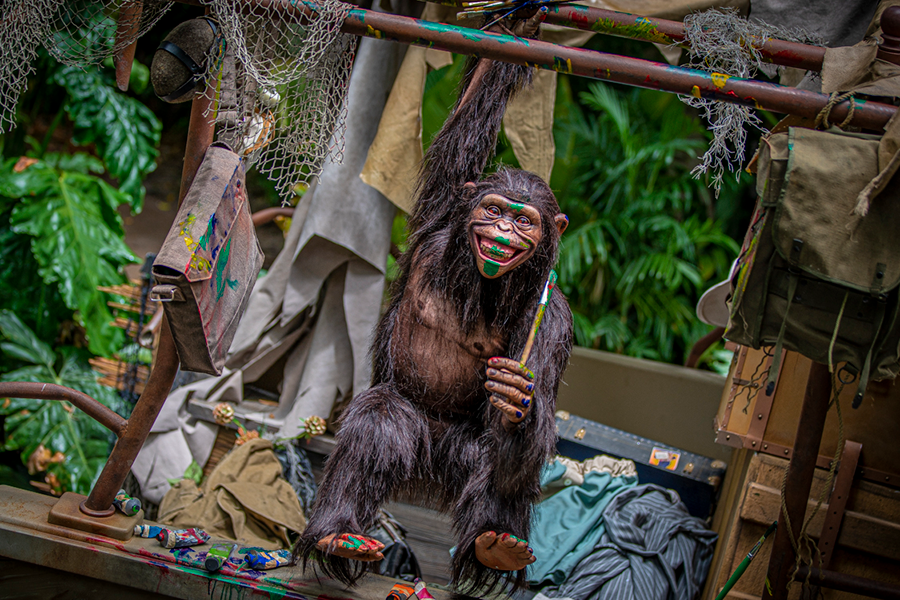 Chimpanzees have taken over the wrecked boat of a safari expedition on the world-famous Jungle Cruise at Disneyland Park. (Christian Thompson/Disneyland Resort)

The new scenes, backstory, and updated animatronics aim to create an enhanced story and guest experience.

“We’re excited to be building on the story of the Jungle Cruise to include new adventures that stay true to the experience we know and love, while adding more humor, more wildlife, and an interconnected story,” says Chris Beatty, a Walt Disney Imagineer who played a key role in the enhancements. “As part of creative development, we’ve also introduced characters from around the world and took a thoughtful approach to ensure accurate representation of cultures in our story.” 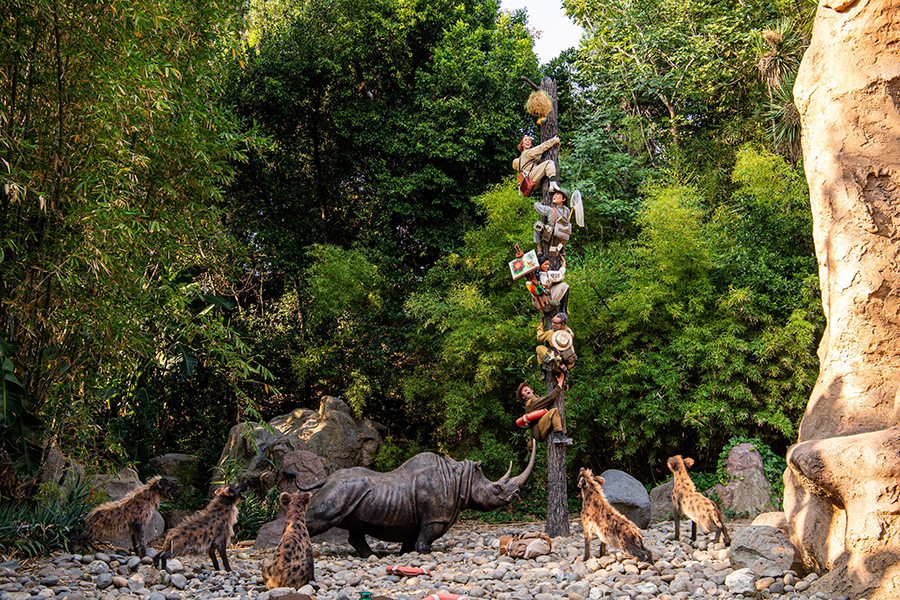 According to the new backstory, the team of explorers that set out for an unlucky expedition on the Mekong Maiden, are: 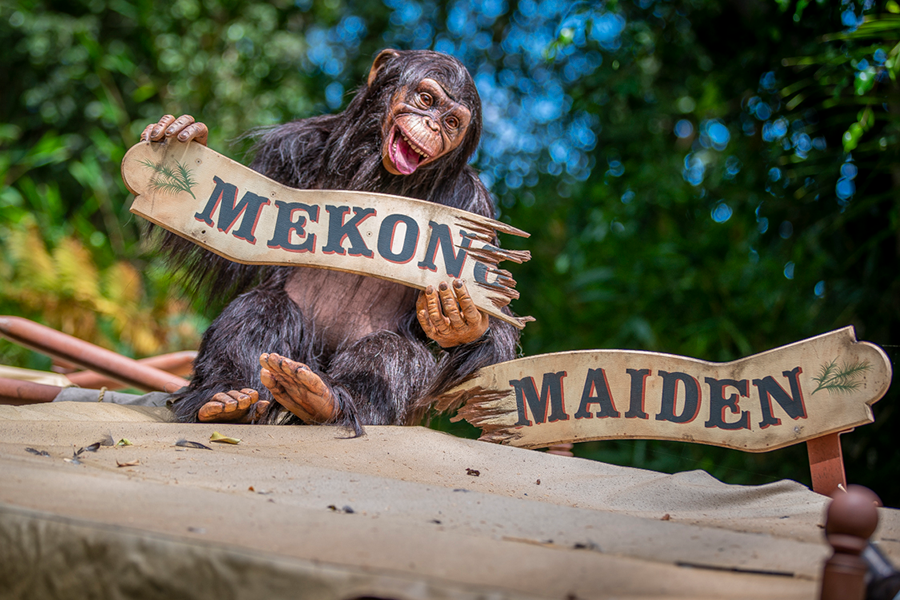 Updating rides and the park was always a vision of Disneyland’s founder, Walt Disney. He once famously said, “Disneyland will never be completed. It will continue to grow as long as there is no imagination left in the world.”

Disney will be releasing the movie Jungle Cruise on July 30, 2021, in theaters and for a premium price on Disney+. The movie stars Dwayne Johnson and Emily Blunt in the lead roles and is somewhat based on the Disneyland attraction.

Disney resisted the urge to incorporate the new movie into the classic ride. That wasn’t the case with Pirates of the Caribbean, which was updated to add Johnny Depp in multiple scenes based on his portrayal of Jack Sparrow in the movie series.

The Jungle Cruise movie is 2 hours and 7 minutes long. The movie’s premiere will take place at Disneyland on July 24, 2021.

(Featured photo and other photos by Christian Thompson/Disneyland Resort.)

Looking at the Indiana Jones Rides on Movie Anniversary