Enchanted Forest, a Theme Park near Salem, Oregon, will celebrate its 50th Anniversary on Sunday, August 8. The park was hand-built by Roger Tofte who was 34-years old when he started the dream. Enchanted Forest opened its doors on August 8, 1971, also a Sunday.

“After seven years of hard work, against all odds, the dream came true,” says Mavis Tofte, Roger’s wife, in her book Enchanted Forest and Its Family. “Roger got a large piece of butcher paper and printed the letters OPEN with red paint. We tacked it up outside the entrance building where it could be seen from the road.” 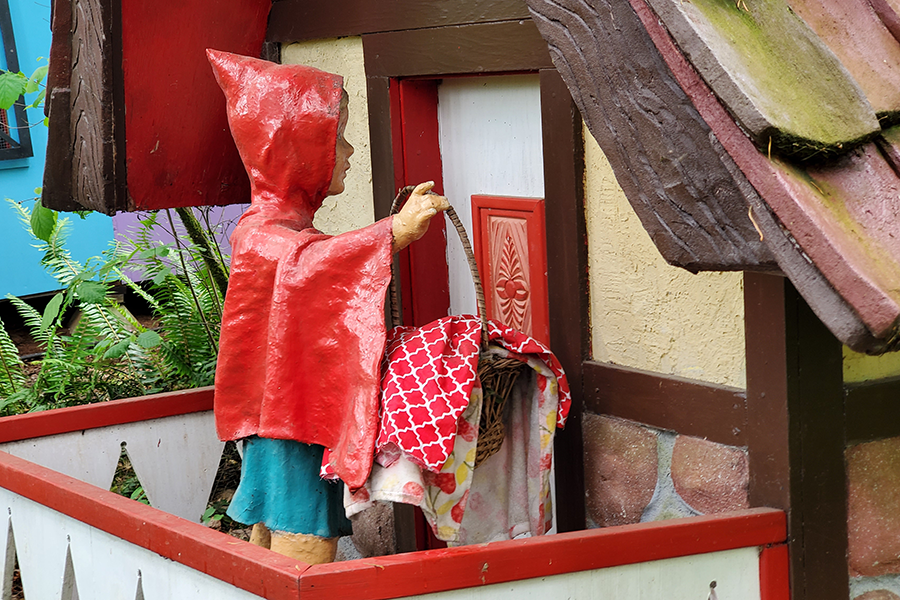 Enchanted Forest started with one major area – Storybook Lane, which was based on popular fairy tales. Since then the park has seen major expansions to include Tofteville Western Town and Old European Village. The park has a haunted house and three major rides: Big Timber Log Ride, Ice Mountain Bobsled Roller Coaster, and Challenge of Mondor. Challenge of Monder is a trackless dark ride that opened in 2006 and attracted the interest of Walt Disney Imagineering who sent some engineers to analyze the ride.

Theme Park Magazine will be covering the anniversary this Sunday on its social media sites which you can follow at:

When Theme Park Magazine opened on June 1, 2021, its first feature was a 3,700-word story titled, “Start at Castle: The Making of Enchanted Forest.” The story tells the history of Oregon’s only remaining theme park. 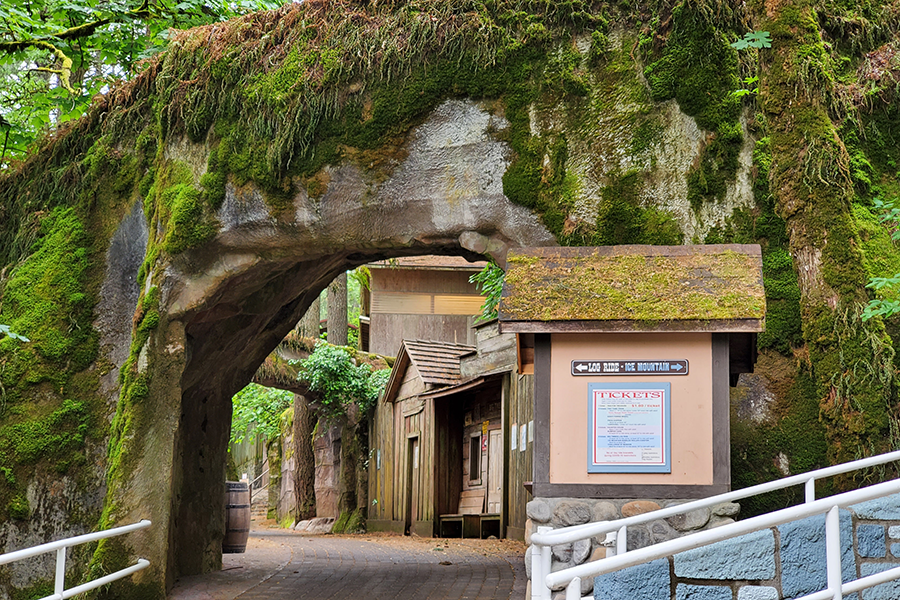 Part of the appeal of Enchanted Forest is that it is built in the woods with the environment adding to its enchantment. (photo: Joe Tracy / Theme Park Magazine)

Part of the uniqueness of Enchanted Forest is the hand-crafted work that went into its creation thanks to the detailed cement sculpted buildings and attractions created by Mr. Tofte. It is Tofte’s attention to artistic detail, the hand-crafted feel of every building/attraction, and the intimate nature of the park that makes Enchanted Forest a favorite for many people.

Tofte is now 91-years old and when Theme Park Magazine interviewed him in May, it had to be done between Tofte pouring cement and patching areas of the park. There is definitely something enchanting about this theme park in the woods. He will be part of the celebration on August 8.

Start at Castle: The Making of Enchanted Forest