Here’s how Disney describes the experience:

When guests arrive at the terminal for their adventure, they will board a “launch pod” which will take them into “space” where they will dock with a Halcyon starcruiser. Guests will then attend a ship orientation and enjoy light refreshments.

Guests, who are encouraged to dress up for the adventure, will choose to be a part of the Rebel Alliance or First Order and that role will play into the story that unfolds.

The price tag includes the adventure, all meals, entertainment, and a trip to Star Wars: Galaxy’s Edge. Familiar and new Star Wars characters will be a part of the journey.

Adventures onboard the Halcyon starcruiser include: 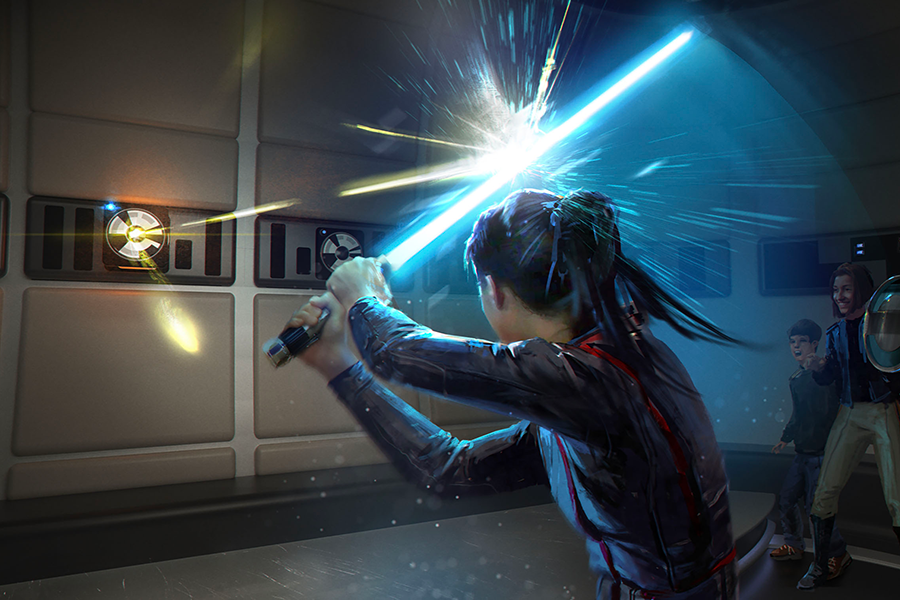 The entire morning of the second day is spent at Star Wars: Galaxy’s Edge where guests will ride Star Wars: Rise of the Resistance, Millennium Falcon: Smugglers Run, and partake in a mission before eating and returning the starcruiser.

Everything within the Star Wars experience is part of an immersive experience. The sights, sounds, smells, and even food are specially crafted to add to the realism of the adventure.

The cost for the Star Wars: Galactic Starcruiser experience is broken down as follows (Standard Cabin rates which will go higher if you select an upgraded cabin):

Rates can also go up or down based on the time of week, season, or demand.

The Star Wars: Galactic Starcruiser experience will launch in 2022. The status of the COVID-19 Pandemic will likely play a role in the exact date of launch. If the pandemic is under control, the experience is expected to begin in Spring 2022.